Today OAHHS released the 2019 ECONorthwest Economic Impact Report which analyzes the benefits and impacts Oregon hospitals and health systems have on the state and local economies.

At a Glance
The report shows that Oregon hospitals continue to play a fundamental role in sustaining and growing our state economy, supporting 137,839 direct and secondary jobs statewide. This means that more than one in 20 jobs in Oregon is supported at least in part by hospitals and health systems. In 2017, Oregon hospitals’ direct and secondary economic output was a combined $20.9 billion while Gross State Product (GSP) totaled more than $12 billion. 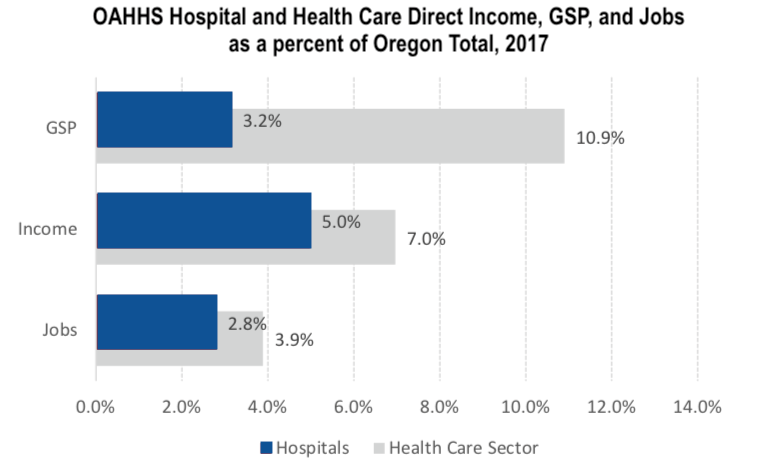 Hospitals are also a significant source of tax revenue for Oregon, generating almost $700 million in state and local taxes directly or indirectly.

Industry Growth
It’s no secret that healthcare is a fast-growing field, and this is especially true in Oregon. From 2015 to 2017, Oregon’s health care system experienced significantly higher job growth compared to other private sectors, with a net increase of 10% over that time (or a 52% employment increase since 2001). 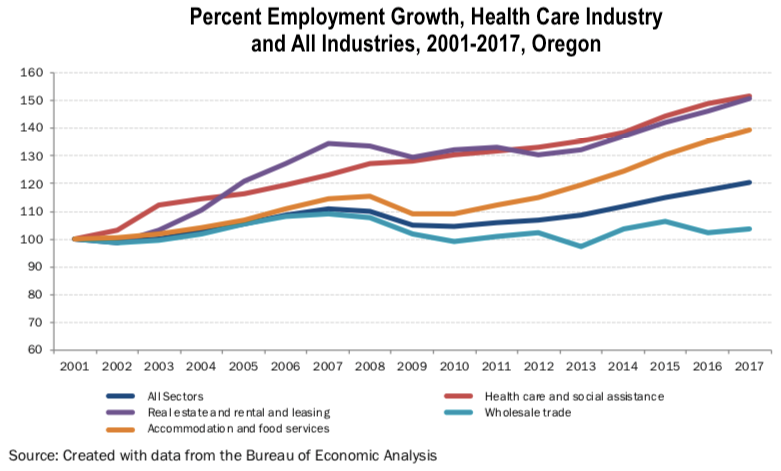 Go Deeper
Curious to see how your local economy has benefited from hospitals and health systems? Read the full report and see localized breakdowns. 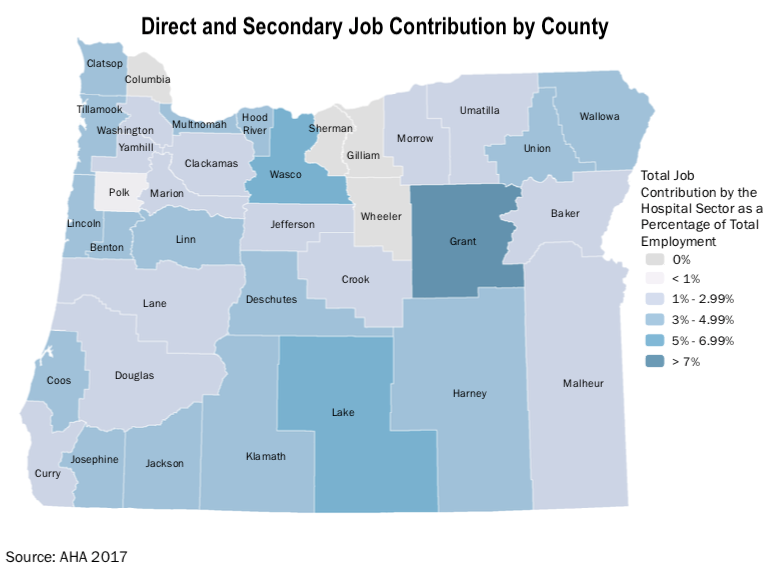